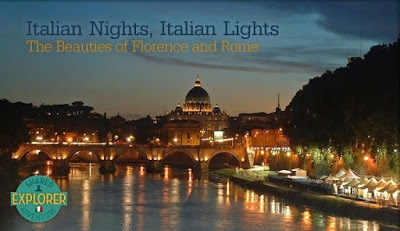 In the Sandra Bullock film “While You Were Sleeping” — hey, given that this film features Michael Rispoli as the hilariously innocent yet lecherous Joe Fusco, Junior, this counts as a guy movie — Bullock’s character Lucy Moderatz wants nothing more than to spend her honeymoon in Italy. She does eventually get to go, but not with the man she intended.

Explorer Lisa Dickson harks back to that wonderful 1995 film as she takes us on an Uncharted tour of Rome, Florence, and other points in Italy, showing off the romantic and Romantic splendors of these ancient cities. Makes me want to go there in a terrible way. Also, I want to visit Maude Larrabee’s house in Tuscany. She does have one there, you know.

Watch Out — He Knows Karate